In Jeriko City, everybody wants to be somebody. Who do you wanna be?

Neon Nights is a cyberpunk/dystopian tabletop RPG set on Earth after a nuclear war devastated the entire planet. After hundreds of years of thousands of people roaming the desolate, irradiated Great Wastes, megacities emerged from the dust of deserts. Where there was once crumbling roads and dancing dust devils now stand skyscrapers towering over hundreds of thousands of roaming pedestrians walking the streets of Jeriko City, located on the East Coast of the once powerful United States of America.

Neon Nights contains an astounding amount of content, including:

Neon Nights also has near infinite build freedom, making each of your playthroughs feel unique and interesting. No more classes and no more level-specific spells or skills!

*Want to specialize in long-range combat using sniper rifles? Go for it.

*What about using deception to trick and lie your way to victory? It’s here!

*What about a steroid-fueled maniac who craves nothing more than gore on their baseball bat? This game is perfect for you.

Freedom is paramount in this RPG, and the moment that you begin playing will be all you need to fall in love with this completely new and original system designed by Ethan H. Reynolds.

So, will you follow the law, and use the state to pave your way to power? Or will you rebel, and watch banners fly because of your courage? It's up to you to decide. 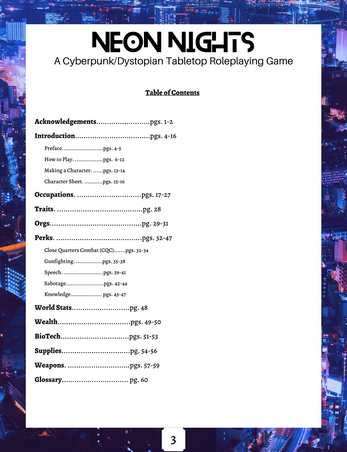 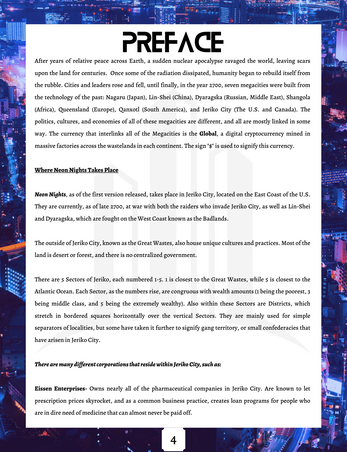 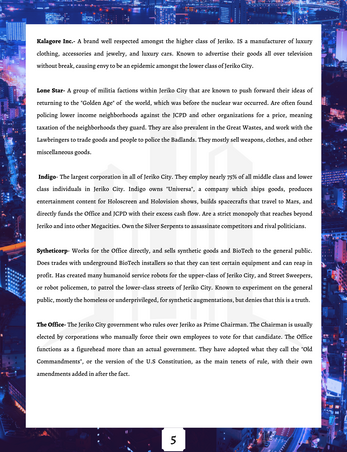 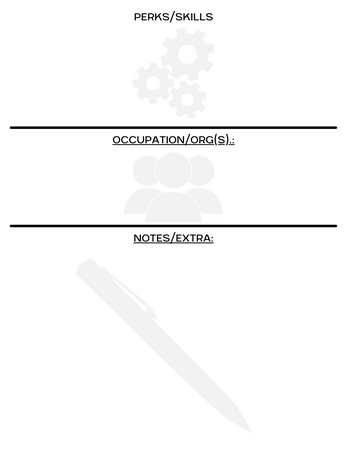 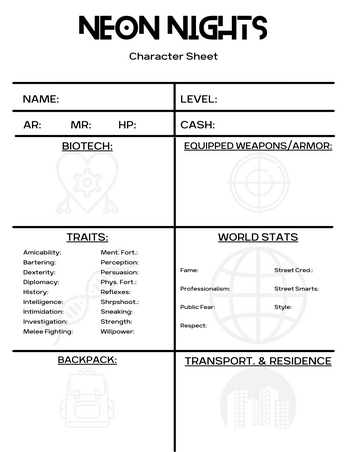 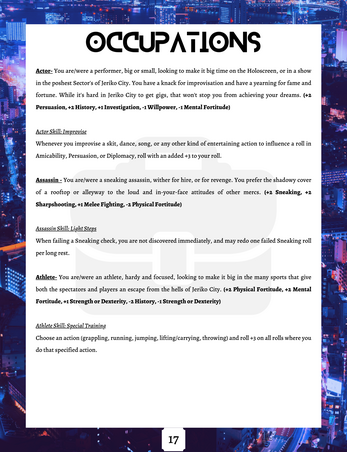 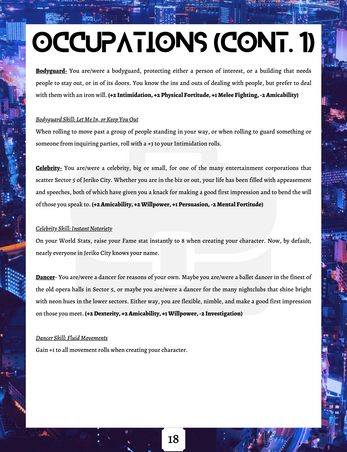